Impact of Canning and Storage of Cartotenoids and Polyphenols in Apricots 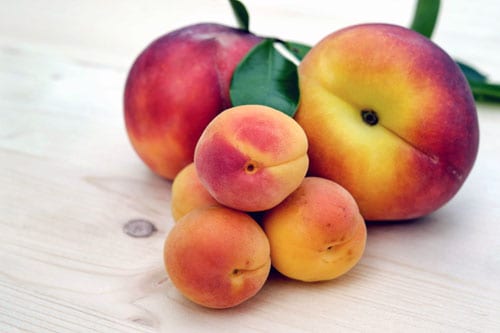 Carotenoids are often studied in the food industry due to their nutritional value and may contribute to reduced risks of degenerative diseases like cancer [1, 2] and Parkinson’s disease. [3]

Reverse phase HPLC (RP-HPLC) is a common way to identify and quantify carotenoids since there is a strong interaction between the nonpolar stationary phase and the long alkyl structure of the carotenoids. C30 stationary phases are popular for analyzing these compounds since they are able to separate carotenoids and their isomers at greater selectivity when compared to their ODS counterparts. [4]

Dr. Le Bourvellec, et. al. studied the impact of canning and storage on polyphenol and carotenoid levels in apricots after industrial and domestic cooking, and after 2 months of storage for industrial processing. [5] They were able to identify and quantify carotenoids using RP-HPLC with a Develosil C30 column.

The research group identified 4 different carotenoids in fresh and cooked apricots: phytoene, phytofluene, trans-β-carotene, and cis- β-carotene.[5] They found there was a limited effect of the heat processing of apricots. However, during storage, they saw a significant decrease in the concentrations of carotenoids over the 2 months of storage. The research group described that there is a discrepancy of the data with the amount of degradation of carotenes in food; they attributed this to the differences in the food matrices.[5] Overall, the research group concluded that the content of carotenoids is a “net result of a combined increase in phytonutrients extractability, and a loss of degradation and leaching.” [5] They noted that “processing preserved a good part of the potential of the fruit, which is of interest to the consumer.” [5]

Develosil remains open for business. We are here for you to answer any questions, fulfill any orders, and support you in any way we can through these difficult times.

For inquiries outside of North and South America click here.